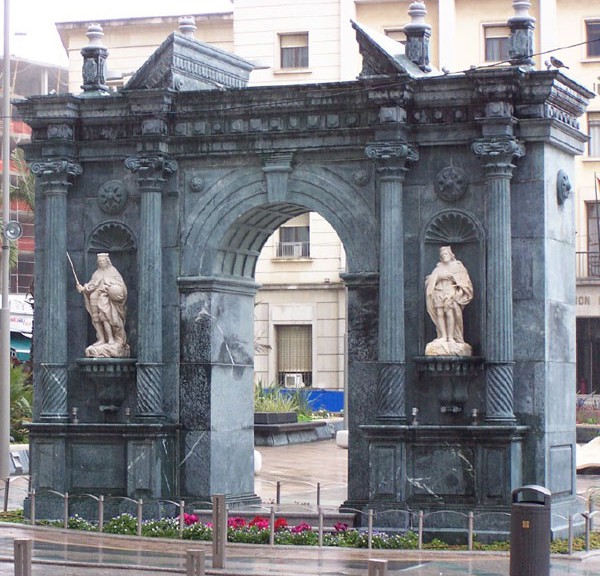 On a side of this square stands a replica in Verde India marble, (now as a single monument) of the ancient gate of the Royal Hospital collapsed in 1931. The Kings San Fernando and San Hermenegildo, occupied the niches of the gate at the Hospital, and now they are back at their original position.